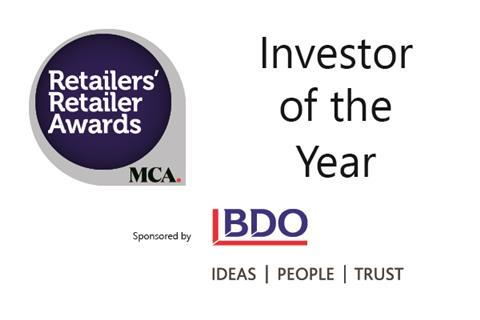 Having exited its investment in TGI Fridays in 2017, Epiris made a return to the sector with the acquisition of Casual Dining Group as part of a pre-pack administration. Its winning bid of £18m saw the private equity firm back the management team under CEO James Spragg. Epiris was reported to have invested significant cash in the Las Iguanas, Bella Italia and Café Rouge operator, and committed more in the future, while saving more than 150 restaurants and 4,000 jobs. New moniker The Big Table is a reference to the far-reaching internal culture programme at the former CDG business that “championed togetherness, diversity and inclusivity amongst all members.”

Richard Caring made his thoughts clear on his approach to investment in an interview with MCA towards the end of 2019. Describing the turnaround job at Bill’s, which saw him plough some £22m into a business which had been mired in negative like for likes sales for several years, he said: “We’re fighters. We’ll make it work by investing into the business.” At his other flagship brand, The Ivy Collection, Caring has continued to back high street hospitality, making clear his distaste of CVAs. While his rollouts and openings may have slowed during lockdown, few doubt he will continue to put his money where his mouth is when normal trading resumes.

Having established Stonegate in 2010, with the acquisition of 333 pubs from Mitchells & Butlers, TDR Capital has built the biggest pub company in the UK. Backing the management team led by CEO Simon Longbottom, TDR has grown Stonegate through a series of add-on acquisitions, most recently with the transformational £3bn acquisition of Ei Group’s 4,000 pubs in 2020. With a focus on building a high street drinks-led pub market champion, TDR financed the takeovers of Slug & Lettuce, Walkabout, Be At One, Fever Bars and Popworld, integrating these brands and driving performance through operational initiatives and refurbishment programmes. TDR also owns forecourt convenience operator, EG Group.

Andy Hornby had a formidable task when getting to grips with the unwieldy, outdated and money haemorrhaging leisure estate at The Restaurant Group. One division that won’t have given him such a headache is Wagamama, a brand that has continued its run as a standout market performer, well after its acquisition by TRG in 2018. The Pan-Asian brand’s success should not be taken for granted: at the time, some feared TRG might mess with the magic that led to a record-breaking run of consecutive quarters of like for like growth. Wagamama is now popping up ib former Chiquito and Frankie & Benny’s sites under TRG stewardship.

Making its debut in the UK restaurant market, TowerBrook Capital Partners swooped on Azzurri Group in a pre-pack administration sale, saving some 225 restaurants. The firm pledged £70m to restructure the ASK Italian and Zizzi operator’s balance sheet, including reducing its debt, and allow funds for future growth. Known as experienced sector investors, TowerBrook are understood to have tracked the UK casual dining for some time, and had been on the lookout for a first platform acquisition in the UK. “They would have been one of the favourites to make a play for one of these platforms in the industry,” Graeme Smith, managing director at AlixPartners told MCA.