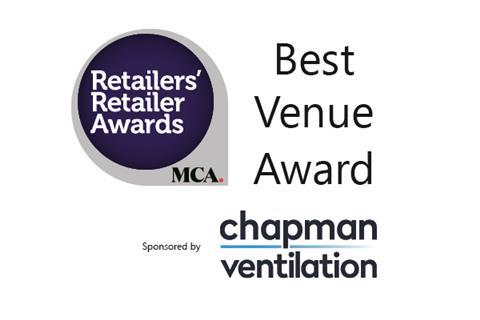 High profile rainforest-themed Madrid restaurant Amazonico opened its London outpost in November 2019 following the signing of a brand-new lease. The brainchild of Spanish restaurateurs Santo da Silva and Marta Santos, the “wonderfully over the top” restaurant took over the former Allied Irish Bank building at 10 Berkeley Square, Mayfair. The 9,000sq ft restaurant pays a punchy £1m per annum in rent, with upmarket dining “inspired by tropical, Asian, Mediterranean and Brazilian cuisine”. Going head-to-head with some of Mayfair’s most glamorous restaurants, including Richard Caring’s Sexy Fish, and Park Chinois, the restaurant is operated by Dogus International, which owns several top-end London restaurants including Roka, Zuma and Coya.

France’s Big Mamma group opened second London restaurant Circolo Popolare just months after their debut smash hit Gloria. Even more magnificent than the first, the huge Italian-inspired restaurant, in Rathbone Place in Fitzrovia, has space for nearly 300 covers, the walls lined with more than 20,000 bottles of spirits, and the dessert menu featuring a litre-sized ice cream sundae. Despite a distinct lack of natural light, the 9,000sq ft space is bright and airy, the aesthetic inspired by the coastal, rustic trattorias of Sicily. Hanging from the ceiling are colourful floral arrangements and bright lighting that dims as the sun goes down. Big Mamma founders Victor Lugger and Tigrane Seydoux infamously described it as “probably the least Brexit-compatible restaurant in the UK”.

Paying tribute to Birmingham’s history as a “city of a thousand trades”, Dishoom opened at One Chamberlain Square in August 2020. Part of the £700m Paradise development, it overlooks the Grade I listed Birmingham Town Hall, the Birmingham Museum and Art Gallery, and the Chamberlain Monument fountain. Offering reservations for the first time due to the pandemic, the 330-cover restaurant boasts a dining room, bar and outside terrace, paying homage to the old Irani cafés of Bombay. The concept design also weaves in a narrative inspired by Birmingham, exploring the unique parallels with the trades and markets of Bombay and the importance of the city’s commercial past.

A new experiential concept from Flight Club creator Red Engine, Electric Shuffle gives the lesser known shuffleboard game the social competitive treatment. Putting cutting edge technology and dazzling audio-visuals at its heart, the new concept takes the core elements of shuffleboard and reinvents them for the 21st century. Using technology to create a fast-flowing, mesmerising and interactive game, the shuffle table holds up to 16 people at a time, with three different games, each inspired by a different shuffleboard element. Alongside the games, the Canary Wharf venue serves craft beers and cocktails, alongside seasonal sharing plates, pizza paddles and specials.

Richard Caring venues are not known for skimping on interiors, and the Ivy Asia lives up to its owner’s reputation for a lavish decor. Replacing Jamie Oliver’s former Barbecoa site, the One new Change venue boasts life-size replicas of samurai warriors and geishas, and unparalleled views of St Paul’s cathedral. The concept, which was originally tested in Manchester’s Spitalfields, was developed off the back of the popularity of some of the Ivy’s signature dishes, such as the crispy duck salad. Featuring glowing green floors, swirling dragon-painted ceilings and a gold mirrored bar, the 200-cover Ivy Asia is a picture of opulence.

A meeting place in the heart of Ascot for over 140 years, The Royal Foresters is described as a place where the past meets the present, where log fires meet Mediterranean-inspired food, where cask ales meet wood fired pizza. Doubling as a hotel with 24 guest rooms, the venue opened in July 2018, and was one the most challenging projects Oakman Inns has undertaken. The main entrance takes guests under framed wisteria, through to a fully restored original bar and two period fireplaces. The glazed extension on the east side offers views onto the landscaped terrace and freshly planted beer garden. The restaurant boasts a signature open kitchen, where chefs can be seen creating freshly prepared dishes, using quality, responsibly sourced ingredients.