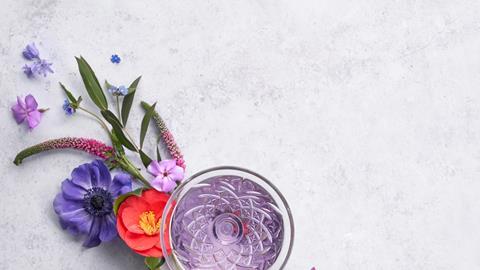 The UK’s biggest nightclub operator, the Deltic Group, will unveil new brand, Eden, this summer into the Tiger Tiger sites it acquired last year. The move will push the company into daytime trading for the first time and could provide it with a new growth driver. Deltic’s chief executive Peter Marks talks James Wallin through the concept.

There are few more vocal supporters of the late night economy than Peter Marks.

While he obviously has a vested interest as chief executive of the UK’s largest nightclub operator, Marks has been equally keen to promote the role of pubs and restaurants in the wider late-night mix.

But now, after dabbling with evenings through the Bar & Beyond model, Deltic is taking its newest brand pre-watershed.

Eden, described as a ‘playground of sensory delights’, is launching over the summer at the three sites Deltic acquired from Novus last November - in Manchester, Newcastle and Portsmouth. 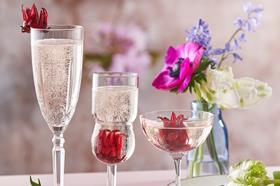 It has been the aim from the start to change the name above the door – for a number of reasons. Firstly, Deltic acquired the sites but not the brand, which stays with Novus and will continue to adorn the remaining clubs in London and Cardiff until they find a buyer (along with the already shuttered Leeds site). Marks admits that they ran the rule over the whole estate but the flagship venue in Haymarket was going to push the package price up fairly dramatically and Deltic is already present in the other territories.

He is also conscious that, as much as he has respect for the Tiger Tiger brand, something more contemporary was needed.

He says: “It’s a huge brand and has outlived many others but we thought we could take the best of it and give it a new lease of life.

“Two thirds of Eden is what we know well already – the late night piece. It’s about multi-room venues with different feels and music. Nobody does big box leisure like us so that’s very much our comfort zone.

“It’s that final third that takes us into a new territory and that’s what has been very exciting about this project.”

Not only will Eden see Deltic stray into the daylight hours but it will also see it develop its food offer beyond the hot dogs and burgers on offer at Bar & Beyond. The sites will open at 11am with a brunch offer and progress throughout the day, with pizzas the hero product through the afternoon and evening. 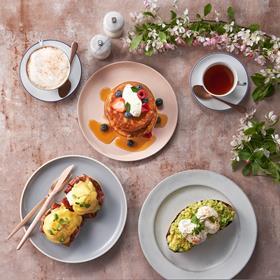 Marks says he even considered having open kitchens to show off the pizza ovens but couldn’t get it to work within the space.

Marks says: “We’ve had some experience of food but here we are making sure we have every element right. It’s about getting the right crockery, cutlery and glassware and making sure it’s all designed to be photographed, to be instagrammable.”

”(Clubbers) genuinely feel that if they don’t get a decent picture that they can share on social media then it wasn’t really a good night out.”

This last point has gone from being an extra flourish to an absolutely essential element of creating atmosphere, and has informed the pink hues and botanical themes woven through Eden.

He adds: “We are constantly in conversation with our customers and the importance of instagrammable moments just keeps on increasing. They genuinely feel that if they don’t get a decent picture that they can share on social media then it wasn’t really a good night out.”

Deltic, which produces a quarterly index of the health of the wider night time economy, is confident that as it adapts to young people’s habits, it can continue to attract them away from the lure of Netflix and Deliveroo. However, he says with Eden there is also the chance to reconnect with an older demographic. 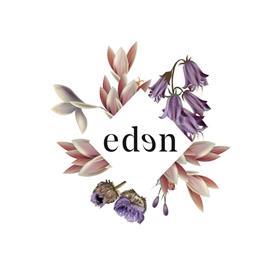 He says: “Twenty years ago if you went on a night out you had no real choice but to end up in a club because they were the only places open but now there’s so many more options. But we feel we can take everything we know about creating great experiences and provide something that will really appeal across the board.”

Marks is putting his money where his mouth is – investing £3.3m across the three refurbs, on top of the acquisition price. The first site to open will be in Gunwharf Quays in Portsmouth on 5 July, followed by Newcastle and then Manchester three and six weeks later respectively.

The level of investment has slightly derailed the programme of rolling reinvention across the estate that started when the former Luminar was bought out of administration in 2011, but Marks stresses that the job has largely been done.

So what next for Deltic? Marks says there may be opportunities for further conversions to Eden, although only in the limited number of locations that would suit daytime trading.

In terms of making further significant acquisitions, it will all come down to the capital structure of the company and whether new backers are found to allow an exit for the investors who signed up in 2011. An IPO has always been an ambition for the group and was part of the motivation in proposing a merger with Revolution Bars. However, Marks is clear that as a standalone company they do not yet have the requisite financial clout to make a big enough impact on the public markets.

And could the Revolution wheel turn one more time after two attempts to bring the companies together?

Marks says: “The management have been quite clear that they’re not currently interested in talking to us about those plans. We think that’s a shame because it seems to make a lot of sense but we have moved on. Ultimately I want them to do well. It’s a great business and an important part of a sector that I really love.”

MCA Introduces: Eden
The UK’s biggest nightclub operator, the Deltic Group, will unveil new brand, Eden, this summer into the Tiger Tiger sites it acquired last year. The move will push the company into daytime trading for the first time and could provide it with a new growth driver. Deltic’s chief executive Peter Marks talks James Wallin through the concept.