Nando’s: Tech is now fundamental to the customer experience

Nando’s is a company that has historically preferred to let its restaurants do the talking.

Adored by its customers and widely admired in the industry, directors have maintained a keen and consistent focus on the success and upkeep of the grilled chicken brand and its 450-strong estate.

But like so many things, Covid-19 has been a catalyst for change, both in the Nando’s approach to sharing insights about what goes on behind the scenes, and in the necessary journey the company has taken to stay relevant and accessible during the pandemic.

Nando’s technology director Richard Atkinson sees these two points as inextricably linked, technology coming to the fore in enabling Nando’s and others to remain open for business, even when their dine-in restaurants are closed.

“So many things have changed with Covid,” he says. “We’ve seen a role Nando’s can play using its brand and its voice as part of these conversations.”

“Some of those conversations are the really big ones that matter: the role of the hospitality sector in the national economy, its approach to sustainability, or what is it to be a responsible employer.

“Increasingly there is a sense that actually, it’s time to talk about technology as well.” 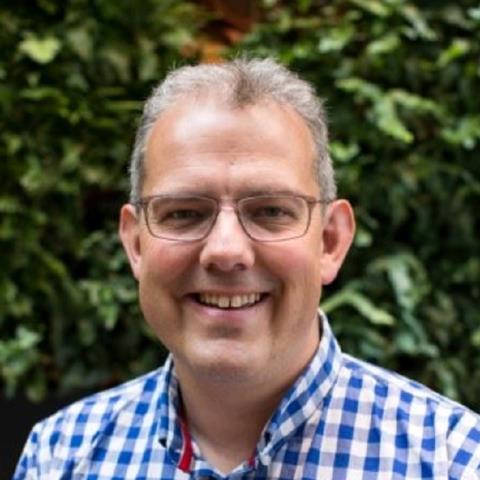 Like its peers, Nando’s had to quickly adapt and accelerate its capabilities, tech now a “fundamental” part of the customer experience.

“A year ago, I don’t think digital technology was in the top 20 list of things that customers were interested in, he says. “Now it’s right up there, it feels like it’s more legitimate to talk about it.”

Joining Nando’s five years ago from an online marketplace, at this point tech was a “tactical function” at the brand, largely supporting a till system, and some of back of house functions.

With clear aspirations at the company to progress this position, tech is now firmly part of the “strategic narrative” of the business, Atkinson says.

“The role we play is at the heart of so many changes that we need to infill in our organisation.”

The biggest immediate challenge for Nando’s during the pandemic was around its eat-in business, which has endured months of closure, but also needed a rethink when it came to reopening under social distancing.

During the first lockdown, a cross-functional team were tasked with finding a solution within six weeks, which included mobile order and pay, and a virtual queuing system.

Despite the quick turnaround, Atkinson says it came off the back of growing confidence and infrastructure at the company within the in-house tech team, rather than starting from a “completely blank piece of paper”.

“Virtual queuing starts outside the restaurant, so it’s extended that pre-meal experience into quite an interesting space that we can play with, across click & collect, as well as eat-in.”

Nando’s worked with Vita Mojo on its order and pay solution, and was seeking a digital experience that felt broadly like a Nando’s experience.

Having launched the function eight months ago, Atkinson says it was built with capability to bolt on new features as time went on.

This has already included add-ons such as allowing customers to log in with their Nando’s ID, integrating it with the Nando’s existing POS infrastructure, and building in loyalty and discount mechanisms for Eat Out to Help Out.

“We needed a partner that could implement quickly, but then work with us on a roadmap to put it all in place, all the bits that you may have perceived as missing,” Atkinson says.

Click & collect was another channel that needed reinforcement, with volumes increasing ten-fold compared to pre-Covid.

And of course, delivery has been huge for the brand, the channel going from being offered at just 40-50 of its restaurants, to 370.

Nando’s had already been working on a plan for a white label solution, the first of its kind, which harnessed Deliveroo’s technology and delivery logistics, within a Nando’s experience.

“To make delivery work in so many locations, we needed a whole new partnership with Deliveroo and a whole new set of tech behind it,” Atkinson explains.

“It’s a very different kind of partnership that anyone else has tried, from a restaurant brand perspective or from an aggregator/marketplace perspective.”

Now known as Deliveroo Signature, the product was in the pipeline for some time, but was accelerated by several months when it became clear how key delivery would be during the pandemic.

Atkinson says with Nando’s differentiated offer, it was particularly vital to able to express that to customers directly, rather than going through a third party, and risk losing what was special and different about the offer.

The partnership allows Nando’s to maintain its industry-leading loyalty scheme, though Atkinson caveats that there is still much to be admired about the virtues of a marketplace.

“Not everybody wants to have a relationship with Nando’s,” he says. “Some want to have a good experience and leave it at the door.

“Nando’s direct relationship piece plays a role, but so does the Deliveroo marketplace. They play different roles for different sets of customers. But both sides are important, so that’s what we’ve developed together.”

The fear among restaurant brands about ceding control of this customer relationship is real, Atkinson acknowledges (“I don’t want to pretend it’s imaginary”).

But he maintains it is vital for hospitality brands to remain customer-centric, and keep in mind not all want a direct relationship with the brand.

“Some of the language around the aggregators is quite adversarial. But when you look at it from a customer perspective, some love the convenience of going through a marketplace.”

Devil in the detail

As with all tech, the devil is in the detail, and getting each function to work harmoniously, and not be partioned off within different departments, can be a challenge.

“When you’re pulling so many different solutions together into the experience, it’s easy to end up with something that’s incoherent or a Frankenstein’s monster.

“You have to get all those details, working together as a total experience.”

Another pitfall is pursuing technology with no purpose or usefulness, Atkinson says. Yet almost equally problematic is a failure to engage or take risks unless the benefits of tech are explicitly understood.

“What we’re learning at Nando’s is technology needs to be a part of those conversations,” he says.

“If it’s not, the business may well miss out on the opportunity to take a step forward, because the state-of-the-art makes something possible that otherwise couldn’t have been imagined by the business.”

Looking towards the future, Atkinson sees the digital journey stimulated by Covid as having only just begun, the usefulness of the mobile device now accepted, but yet to be fully appreciated for all its potential.

“We know how to execute our operation well at scale, but possibly at the cost of being agile. So, how can we use technology to change how we work, how we think about our work and achieve an experience that’s great?”

He cites back of house tech, such as task enablement or automation, as possible ways to achieve this goal of becoming more agile and efficient as a business – though such avenues are not without their hard choices.

“The difficulty for the restaurant brand is that there are so many opportunities, it’s difficult to know which ones to pursue. The danger is you just do the safe ones, and it might not be the safe ones that move the needle on the dial the most.”

In other more traditional areas of hospitality, the rise of cloud-based digital apps has led to some question marks over the place of the some of more unwieldly legacy POS infrastructure.

Atkinson sees this role as undergoing an evolution, part of shift away from the till on the counter as the key touchpoint in restaurant revenue collection - but he still sees a central role for this system.

“To caricature POS as just tills is misunderstanding what the system does,” he says.

“We see a shift of the centre of gravity from the till on the counter to the cook line. It’s still the POS system that’s managing, controlling, monitoring the cook line, that’s very much present.”

This shift will inevitably see fewer tills in restaurants, he says.

“We typically have four tills in each restaurant. I don’t think that’ll be the case in 12 months.”

Meanwhile, the deluge of data that digital capabilities provide has led to a live debate within the company over how this should be best used.

Some say it should be democratised and made available in the company (within the limits of data protection), while others argue it’s better to have a specialist team that can interpret the data into insights that are then actionable.

Atkinson sees the solution being a “sensible, balanced approach”, rather than one extreme or another – but extolls the possibilities such insights could have for ops staff.

Having previously operated on the “superpower” of gut instincts, restaurant managers now have a glut of numbers to pore over.

“They now need to have that ability and desire to look at the data and find the actionable insights in it,” he says.

Having kept its staff and customers physically apart at times, in other ways Atkinson suggests the pandemic and digitisation of Nando’s has created a stronger network of restaurants.

He sees this as enabling the organisation to retrain its core focus on its customers.

“Twelve months ago, our 450 restaurants were cookie cutter, each site doing its own thing, largely in the same way as every other.

“When we look at our business now, we look at it as not 450 restaurants in isolation, but as a network.

“From a customer’s perspective, if someone wants a Nando’s tonight, we can match them with one of the restaurants in that network that can serve them.”

The restaurants share the same digital assets, and process many orders per second, though the service must remain customer focussed, he says.

“You need to make that experience very human scale, so that customer feels like Nando’s is engaging with them, not that they’re part of a flock or herd.”

While traditional restaurant business language has focussed footfall and average weekly sales, Atkinson notices a shift of thinking away from restaurants’ aggregated sales, towards customers’ aggregated spend with the brand.

“It’s shifting the telescope around, to look at the business as a customer-centric one, rather than as a restaurant operation-centric one. You’ve got to get both right, it’s not one or the other.”

Nando’s: Technology is now fundamental to the customer experience
Nando’s is a company that has historically preferred to let its restaurants do the talking. Adored by its customers and widely admired in the industry, its directors have maintained a keen and consistent focus on the success and upkeep of the grilled chicken brand and its 450-strong estate. But like so many things, Covid-19 has been a catalyst for change, both in its approach to sharing insights about what goes on behind the scenes, and in the necessary journey the company has taken to stay relevant and accessible during the pandemic. Nando’s technology director Richard Atkinson sees these two points as being inextricably linked, technology coming to the fore in enabling Nando’s and others to remain open for business, even when their dine-in restaurants are closed.