It’s not immune to the struggles in the casual dining market but TGI Friday’s has ploughed on with a steady programme of openings. So what is the the journey of the brand in the UK, how it is performing against the wider market and what does it have planned for the future?

The red and white striped colour scheme of TGI Friday’s has been a staple on the casual dining scene since it first opened in Covent Garden in 1987, under then franchise owner Whitbread, some 22 years after the concept was founded in New York by Alan Stilman.

Now standing at 88 sites and with further potential already mapped out, the American-themed chain has undergone several changes of ownership over the past 12 years, with the UK business under the leadership of managing director Karen Forrester during this time. But recent question marks have been raised over its future.

The story so far

Whitbread sold its franchising rights back to TGI Friday’s UK Ltd (a consortium consisting of Carlson Restaurants Worldwide and ABN Amro Capital) in 2007, when the chain had 45 restaurants in the UK. Carlson then bought the 46% stake held by AAC in July 2010 for $50m, before Sentinel Capital and TriArtisan Partners acquired the global TGI’s business for £470m in May 2014 from Carlson. Electra Partners subsequently acquired the UK estate in December 2014, in a deal valued at c£230m. 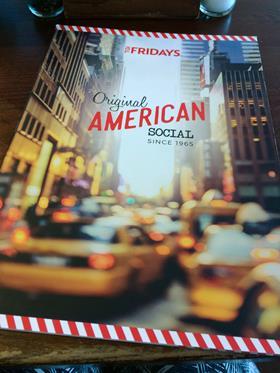 Early last year Electra appointed advisors from Morgan Stanley to review its options for the group, but a sales process was later called off. And in December Electra said a recovery plan was in place aimed at increasing resilience and value prior to its exit “in an acceptable timeframe”. The group said the chain had been impacted by the casual dining crunch and extreme weather earlier in the year as well as rampant promotions, but it remained confident in the opportunity for medium-term value creation in the business.

While the numbers may not necessarily paint a rosy picture, the brand has been working to innovate over the past five years, introducing a fast track format at its first transport hub site (Manchester Piccadilly Station) back in 2014, and its first smaller footprint site in Walsall, at 5,000 sq ft, in 2016.

It revamped its menus this summer as it looks to adopt a more streamlined approach with an emphasis on freshness, with healthier lines and an updated ordering platform introduced over the past year. The brand also launched a new integrated brand campaign, around ‘Fridarians’, last September. Are these changes helping?

According to MCA’s Operator Data Index, TGI Friday’s had a 3% visit share of the total chain restaurants for the year ended July 2019, dropping from a 3.3% visit share the previous year. But while visit share is down, average spend at dinner is up.

The operator’s NPS score for dinner had been above the average for chain restaurants in the year to July 2018, at 37.5 compared to 33.3 for the market, however it has slipped back by 25% to 28.1, for the year to July 2019, compared to a slight decline for chain restaurants overall to 37.8. On food quality and taste its KPI score was 8.5 compared to 8.7 last year, in contrast to the overall market, which saw a slight increase from 8.5 to 8.6 over the same period. Its value for money score dropped from 7.9 to 7.6 against a market average of 8, while friendly service fell from 8.7 to match the chain average of 8.4, and its family friendly score fell slightly from 8.5 to 8.4, but above the total chain average of 8.2. 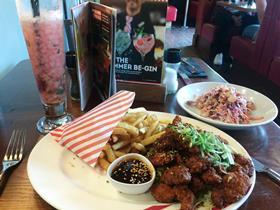 “MCA’s tracking of consumer behaviour shows that TGIs has lost share of lunch and dinner visits over the past year,” says MCA market insight director Steve Gotham. “Of additional concern are falling NPS ratings, with figures now below the chain restaurant channel averages, and scratching below the surface further reveals assessments on the critical measures of food quality and value for money weakening.

“Yes, the brand still has favourable ‘good times’ and ‘celebratory’ associations, but these need to be underpinned by more of the value fundamentals, particularly when you have more of a generalist food offer and consumers are becoming ever more discerning and selective,” he adds.

The operator has been steadily adding outlets to its estate over the years, with the aim of reaching 120 UK locations by 2020. And while other operators are looking to rein in new site openings, Forrester has continued to put out the positive message that the brand is focused on growth rather than disposals. As recently as January this year said she believed TGIs had the potential to reach 150 sites in the UK under its core model alone.

Its most recent openings have included Rushden Lakes in May this year, Lakeside The Quay – its second at the Intu development in Essex – in July and Lakeside Triangle in Doncaster this month – its 88th restaurant. Its future pipeline includes Ashton under-Lyne in early 2020, Vanguarde

Shopping Park in York and Meadows Retail Park in Chelmsford. Speaking in June this year, Forrester said the brand was aiming for at least three to five openings per year, and was continuing to differentiate the business “from the sea of sameness through experience”.

Whether or not this will soon be reflected in its NPS scores remains to be seen.

Brandwatch: TGI Friday’s
The red and white striped colour scheme of TGI Friday’s has been a staple on the casual dining scene since it first opened in Covent Garden in 1987, under then franchise owner Whitbread. Now standing at 88 sites, the American-themed chain has undergone several changes of ownership over the past 12 years, with the UK business now under the leadership of managing director Karen Forrester. But with MCA analysis showing TGIs has lost share of lunch and dinner visits over the past year, question marks have been raised over its future.