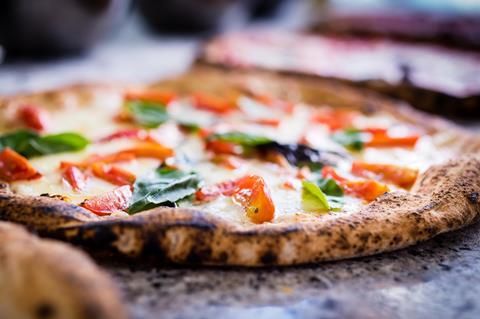 Pizza Pilgrims is preparing to open four new pizzerias by late summer, and has a further four in negotiations, after its expansion pipeline was put on hold during the pandemic.

Managing Director Gavin Smith told MCA the brand had decided to delay some its more regional expansion ambitions until 2022, while it concentrates on continuing to grow its core London estate and Pizza in the Post nationwide meal-kit deliveries.

Pizza Pilgrims is also imminently launching a subscription service for its popular Pizza in the Post offering, which will give users 25% off through regular deliveries of the DIY kits.

Future plans for the Pizza Club subscription are to include rewards as the offering evolves.

Smith told MCA the 15-strong brand will continue to grow organically with unique elements to every pizzeria, while he said he sees potential for their new restaurant concept ‘Slice’, which opened in December 2020, to offer opportunity in food-to-go areas.

The former Wahaca ops director said the company had spent time investing in its existing estate during lockdown, ensuring each new restaurant has a distinguished identity.

He told MCA: “Every single pizzeria we open needs to have a unique point of difference.

“We’ve challenged ourselves to say, every opening should offer something unique and different.”

Located next door to Rosa’s Thai, the design at Queensway is informed by Jo Clevely, wife of the Pizza Pilgrims chairman, and Hippo and Geronimo Inns director, Rupert.

At Pizza Pilgrims Lower Marsh, the company is looking to make the most of the outside space with plans currently including three Piaggio ape vans with the roofs cut off, to be used as tables of four.

In Seven Sisters Road, Pizza Pilgrims is launching the second iteration of its Slice concept, at a former fish and chip shop opposite Finsbury Park Station.

Old Quebec Street, at the top of Oxford Street, is part of the Great Portland Street estate, which has recently seen some regeneration in a bid to make it more of a curated F&B hub in the mould of St Christopher’s Place.

Like London Bridge, it will have a mezzanine-level inside, and an external scheme which looks on to Oxford Street.

Smith added: “What we’ve always tried to do is not try to hit a number, but organically grow the business.

“Some of these sites have been 18 months, two years in the making. We will never open two pizzerias in one six-week period. If they have to sit empty, they will.

“Slice is slightly different, we won’t open another Slice until we’ve seen these two trade for three months, because ultimately, they may not work. We think it will, and that there’s some long-term potential in transport hubs and airports.

“Pizza Pilgrims, who knows how many exciting pizzerias we will open? I’m damn sure of one thing, we’re not going to neglect our estate, and we’ve spent as much time and money in lockdown investing in the core estate.”

“The openings are important, as business growing gives us opportunities for our team, it gives us opportunity to seek investment. But more importantly, we know that a lot of our guests are in different parts of London that we’re just not. That’s why I’ve been reluctant to do any more out of London yet, we will look to do more in 2022.”

Smith said the indications about Slice had been very encouraging, with some 1,200 portions being sold on an average Saturday at Southbank, despite the lack of inside and outside space and lack of alcohol.

At Kingly Court, the brand plans to evolve its pizzeria-adjacent coffee shop into a desert-focussed format majoring on sweet calzones, called Calzonification.

Alongside the Pizza in the Post business, which is now doing around 2,000 units a day, Smith said the subscription was part of Pizza Pilgrims’ move away from being a pure pizzeria business.

He added: “I believe that the modern restaurant business is no longer going to be just bricks and mortar.

“So long as we don’t lose our roots, and our focus remains on the pizzerias, then I think that’s right. I don’t think this stuff is going to go away.”

Pizza Pilgrims reopens pipeline, unveils subscription service
Pizza Pilgrims is preparing to open four new pizzerias by late summer, and has a further four in negotiations, after its expansion pipeline was put on hold during the pandemic. The new sites are in Lower Marsh, Waterloo; Queensway, Bayswater; Seven Sisters Road, Finsbury Park; and Old Quebec Street, Marble Arch. Managing Director Gavin Smith told MCA the brand is also launching a subscription service for its popular Pizza in the Post offering, which will give members discounts and rewards.