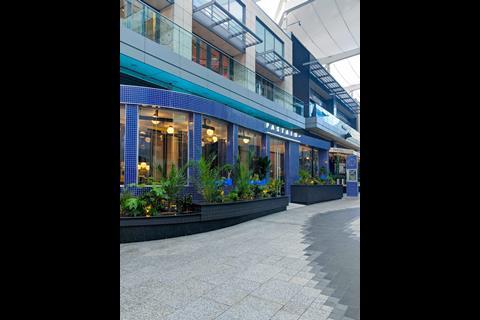 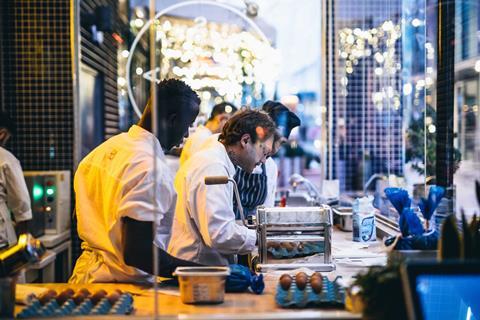 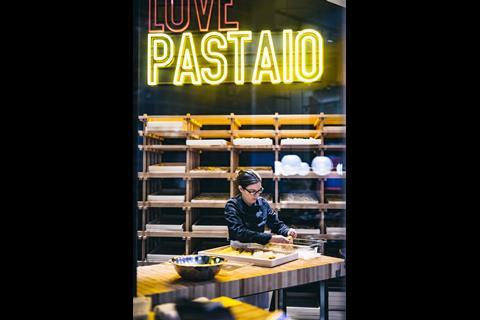 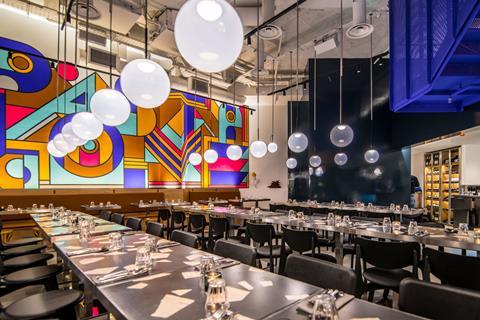 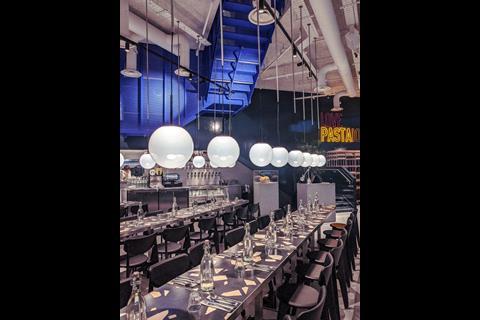 Pastaio launched its third site this month in Westfield London.

Like its Soho site, the new restaurant does not take reservations, instead using a virtual queue system when the restaurant is full.

The pasta offering is made on-site daily and includes dishes from 30 egg yolk taglioni to 8-hour beef and porcini tagliatelle bolognese.

The operator offers gluten-free alternatives to almost every dish and has a separate vegan menu.

“I would say the brand could support more than three – but we want to take it slowly,” he added. “I don’t think our plans lend itself to being a big chain but I think we could go beyond being a boutique concept.”

Pastaio Westfield in pictures
The Stevie Parle restaurant has opened on Westfield’s southern terrace for the brand’s third site. Like Soho, it does not take reservations, instead using a virtual queue system when the restaurant is full. The pasta is made on-site in front of customers, including dishes such as the 30 egg yolk taglioni to eight-hour beef and porcini tagliatelle bolognese.