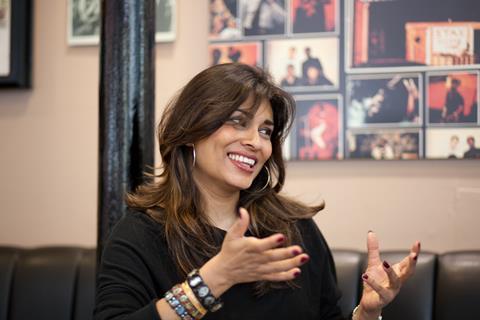 For Nisha Katona, Mowgli is so much more than a business.

A former lawyer turned CEO to the now 11-strong restaurant chain, her approach since its conception has been nothing short of maternal.

And with the industry at crisis point, it is this familial sensibility that has epitomised Mowgli’s past six months.

With Katona having always taken an attitude of “domestic husbandry” to Mowgli’s financial health, the business was arguably more equipped than most to weather a prolonged period of closure.

Moving from an estate-wide shutdown in March, the business initiated a full reopening from 4 July, including an all-new restaurant in Leeds, and has also managed to maintain its entire workforce.

Given this fiscal security, as the head of Mowgli, Katona’s experience of the coronavirus crisis centred on a single priority - its people.

“We shuttered a week before we had to,” she tells MCA. “I remember watching the news and seeing an Italian woman crying because her mother had died alone, isolated in another city”.

“At that point I had a crushing sense that I needed to get my people out of any kind of risk.”

The business paid staff in full at the point of closure, topped up their furlough pay through April, and maintained regular contact through digital events and Zoom calls during lockdown.

And as rewarding as a sound moral compass might be, this altruistic and authentically human approach to leadership and brand ultimately makes good business sense too.

As result of these initial decisions, Katona explains, Mowgli entered the crisis with a “euphoric workforce” that had redoubled its loyalty to the brand.

“We suddenly had a workforce of around 500 people who realised we really were a family and that we actually cared when push came to shove,” she says. “Maintaining a cohesion among our people meant that when they came back, they hit the ground running with this redoubled passion because they felt cared for.”

While a 500-strong family might seem more than enough to be getting on with, faced with the challenge of keeping the brand alive without the benefit of physical sites, Katona set about extending this sense of family, externally. 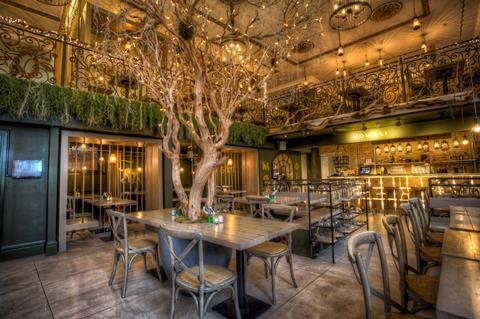 “It was completely amazing,” she says. “This was an opportunity to show people day to day life was like at the heart of Mowgli, I wanted to show people we are all about”.Over a course of 90 days, she filmed free Instagram recipe tutorials from her home, “with dogs round my feet, the children in the background, no makeup and no shoes,” and by the end of lockdown Mowgli had gained a staggering 30,000 additional followers on the platform.

“It’s that chaotic, mad, deep, family love that you have in a home. The videos were an animation of Mowgli as a flawed and accesible human, and I think our followers appreciate that.”

And both through closure and since its reopening, this outpouring of support has continued to grow.

Sales of the Mowgli cookbook have gone “through the roof” in the last few months, the business has sold more vouchers than ever, and now that its sites are back up and running, despite operating at 70% capacity, trade is only 15% down.

“We found that there was this pent up 80% furlough in people’s pockets which caused a wave of revenge spending,” she says. “People’s spend per head has gone through the roof, so even though we’re down on covers we’re up on turnover.

“Believe it or not in some of our Northern sites we’re up on last year. It seems as though if you’re a mid-priced fast-causal brand in the North of England, there can be queues outside your door.”

While she is thrilled at the favourable circumstances Mowgli finds itself in, she is keen to stress her solidarity with those operators who haven’t been so fortunate.

Despite its far-reaching geographical expansion – the business has sites in the likes of Liverpool, Manchester, Cardiff and Oxford – Mowgli is yet to launch a restaurant in the capital, something Katona is acutely aware has worked to its benefit in the current crisis.

“It is like two separate countries,” she says. “There’s London, and there’s everywhere outside of London.

“It’s so much easier outside of central London because the merciless rents and failure to return to offices there has created such a dire situation. It hurts that some of the people that inspired me as a restauranteur are suffering.”

Not least because of their ongoing battles on rent, another issue where the London/regional divide seems particularly pronounced given the high concentration of institutional landlords in the capital.

In an almost unheard-of state of affairs, Mowgli has been able to come to “some sort of arrangement” across all of its 16 leases, whether it be through reductions, deferrals or write-offs.

“It has tended to be the small ‘mama-papa’ landlords that have had circumspection, she says. “The bigger landlords have been slightly more feudal and buried their head in the sand. 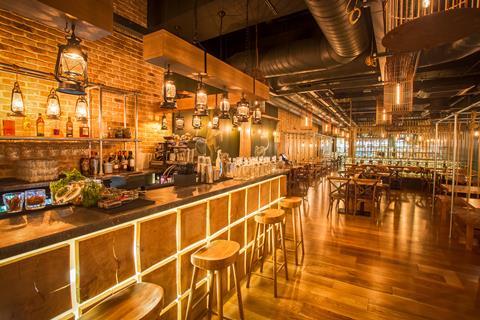 “The schemes have been the most pig-headed, but Mowgli isn’t scheme-heavy. We only have two or three and in the end they came to some kind of concession.”

Although Katona is thankful that her business won’t be facing a cliff-edge come the end of September, she is equally frustrated at the number of others who will be, and has joined calls for additional sector support.

Given that the government has already “done a lot financially,” she feels as though a fiscal intervention could be off the table, but is hopeful that there are other possible interventions, such as a removal of upward only rent reviews, that could be utilised help the industry.

“There’s still this terribly feudal attitude amongst some of the landlords,” she says. “There are three parties involved – landlords, tenants and the Treasury - and the landlords seem to feel as though the burden of any cost flowing from the pandemic should be carried by the other two and escape them entirely.”

“There are interventions that aren’t necessarily financial that could create a more equitable land deal landscape. And I think that’s the way the scales need to be removed from the eyes of some landlords”

With its own rent liabilities resolved for now, Mowgli is set to open a further two sites – one in Bristol and the second in the Cheshire area – before Christmas, and is also looking to close in on the likes of Cheltenham, Edinburgh, Glasgow and Brighton in 2021.

With some inevitably attractive land deals to be had in the coming months, the opportunities for Mowgli are set to be plenty. And under the thoughtful and cautious leadership of Katona, its experience of recovery will likely reflect its experience of lockdown: “very simple, fascinating and untraumatic.”

Mowgli CEO Nisha Katona: Recovery is a tale of two countries
For Nisha Katona, Mowgli is so much more than a business. A former lawyer turned CEO to the now 11-strong restaurant chain, her approach since its conception has been nothing short of maternal. And with the industry at crisis point, it is this familial sensibility that has epitomised Mowgli’s past six months. With Katona having always taken an attitude of “domestic husbandry” to Mowgli’s financial health, the business was arguably more equipped than most to weather a prolonged period of closure.