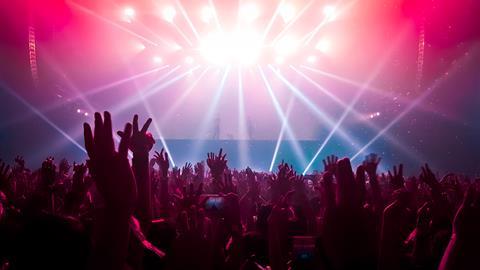 Lights out for late night?

Having already provided your full name and contact details, you pass by the thermal imaging camera and through the personal protection tunnel, where you remain for five seconds to ensure the chlorine dioxide has thoroughly disinfected your clothes and skin.

No, this is not Area 51. Welcome to opening night at Piano Works, Farringdon.

In its preparations for reopening, which operations director Tristan Moffat hopes will be by the beginning of October, the London-based live music concept isn’t taking any shortcuts when it comes to consumer safety.

The business has implemented ten distinct safety measures, ranging from the now familiar use of mobile order and pay to a chlorine dioxide ‘personal protection’ entry tunnel and pathogen-tackling ‘Purafog’ smoke machine. Remember back in 2018 when the installation of metal detectors in Pryzm felt extreme?

While this might feel more sci-fi than Saturday night, and is certainly above and beyond what is expected under government guidance, it serves as a clear example of not only how committed businesses are to mitigating the risks of coronavirus transmission in their venues, but also just how important it is that they demonstrate - to the public and to Government – the extent of this commitment.

“We’ve tried to go the extra mile and think outside the box,” says Moffat. “We took the approach that if the government is asking for hand sanitising and one metre physical distancing, how can we go further and do more?”

“In a way, it feels like we’re opening as a new business again. And the view I’m taking on it is we need to treat it like a brand-new opening, where there’s no margin for complacency or error.”

On top of the new safety regimes, each of its 400 capacity venues – in Farringdon and the West End – once reopen, will operate on an entirely reformulated model.

Normally welcoming between 1,200 and 1,400 consumers through the door on a Saturday night for an all-singing all-dancing vertical experience, the business is extending its early evening dinner offer to a series of three-hourly, two-course, bottomless dinner services.

“Customers will have a two-and-a-half-hour experience and then we will have half an hour to turn the venue,” Moffat says. “Obviously, our new model tackles the dancing element, and we have to pre-set the expectations of guests that they won’t be able to sing at the top of their lungs.”

Under current guidelines, pubs, bars, restaurants and socially distanced indoor music, theatre and performance venues have been given the green light to reopen. But nightclubs, or venues where the “core purpose is social interaction,” according to the government’s 11 May three-step plan, have not.

Without specific definition in licensing legislation or case law, the enforced, albeit vague, closure of these venues leaves operators with two choices, says Niall McCann, licensing expert and partner at Keystone Law.

“They either remain closed or temporarily reinvent their style of operation,” he says. “Neither is attractive.”

With the end in sight for various government support packages – the furlough scheme is set to taper out completely come November, and the Corporate Insolvency Governance Bill extension ends on 30 September – to stay closed through the Autumn, for many businesses, would mean staying closed full stop.

Which leaves operators with option two, repurposing. But while this may work for a business like Piano Works, which is already set up and familiar with a seated food-led operation, nightclubs are “often difficult to repurpose,” says McCann.

With limited kitchen facilities and little natural light, “many nightclubs are simply not designed to pivot towards a different offer. Why would someone wanting to have a couple of early evening drinks choose to go to a nightclub, rather than a bar or pub designed for that purpose?”

As Tokyo Industries managing director Aaron Mellor knows all too well, they won’t. Operating 45 sites around the UK and seven internationally – its portfolio includes the likes of Digital, Factory 251 and Church – the business has reopened a selection of its food-led sites, as well as Impossible and Boulevard in Manchester, which Mellor says are both trading “very badly.”

“We’re doing a fraction of what we should be doing but that’s because that’s all we’re allowed to do,” he says. “The quality environment we’re delivering is a partial experience. It’s certainly not what we wanted to do when we created a venue like Impossible, which was meant to be very immersive.”

But this isn’t something he expects the government to understand.

“As far as the government goes, the last time many of them in the Home Office went to a nightclub was probably sometime in the ‘80s or ‘90s,” he says.

With “no idea what a modern nightclub is,” and apparently little inclination to find out, is it any wonder that the late-night economy is suffering the consequences of a government whose most recent nightclub memory is sound tracked by Bananarama?

“We’re in the 2020’s and have moved on a long way,” he adds. “We have great security, great controls, great hospitality and great welfare, and the government aren’t considering any of that.”

With substantial dancefloors, air filtration systems, which Mellor says changes the air 15 to 20 times per hour, which is five to ten times more than in a hospital, already-installed track and trace capabilities in ID scan systems and experienced security teams, in many ways clubs are better suited than other hospitality spaces to apply coronavirus controls.

“All these things work in our favour, but there’s just this perception in the Home Office of 2am slow dances, and we’ve moved on a long way from that,” he says. “That’s the frustrating thing.”

And as the late-night sector enters into its sixth month of closure, at this stage it’s no longer just a question of being allowed to reopen, says Deltic CEO Peter Marks, but being sufficiently supported to do so.

He’s less scathing of the government than some of his peers. Marks says on the whole, the government has done a “decent job in a challenging situation,” and thinks that it was no real surprise that clubs were put at “the back of the queue” for reopening.

However, without any guidance, roadmap or ongoing financial support, the late-night sector has reached breaking point, he says.

“If we can’t come back within the next month or two we will need proper government support, or we will all go bust,” he says. “Not some, all of us.”

As the UK’s largest operator of late-night bars and clubs, with a total of 3,000 employees over 53 venues, Deltic’s fixed charges through closure have been eyewatering.

They’ve been “half a million a month, without any labour,” he says. “We’re burning through that every month, with the expectation of having an opening date sometime around September.

“If we end up being pushed until next year it’s not enough to just have furlough support, because the company won’t survive.”

And echoing the feeling of injustice that many younger consumers have been expressing since the beginning of the crisis, Marks points out that the majority of his demographic, 18 to 25 year olds, “are just about the least affected by this terrible disease.”

“My people want to come back,” he says. “They’re out, but they’re out in pubs, illegal raves or houses.

“It’s almost like the government want to keep us as a political scapegoat in order to pander to the section of the population that feel they are trying to reopen the economy too quickly.”

With 646 nightclubs in the UK, employing about 80,000 people, the cost of such a scapegoat – both financially and culturally – will be “frightening,” adds Night Time Industries Association CEO Michael Kill.

Putting into context the monumental fallout that keeping sites closed without further support could have, Kill explains that taken as a whole, the entire night time economy employs approximately 1.3 million people, creating about £66bn in annual revenue.

“When furlough comes to an end, these businesses are going to make people redundant,” he says. “It’s no small feat just to keep you head above the water, and if the government turns around and says they won’t open until next March I’m pretty sure most of them will just give the keys back.”

And sharing the opinion of his peers that a coronavirus-safe environment can be created for nightclubs and late-night venues, for Kill it is paramount the government realises that allowing the sector to reopen is a matter of survival, far beyond just the business sense.

“We need a roadmap, some financial support, and an extension of furlough,” he says. “And we need to start the narrative, because as experts in our industry we must be the ones driving the agenda.

“We’re considering all the angles and we understand where the challenges are, but what we don’t want is to be shut out and not allowed to have the discussion.

“We’re already seeing raves happening up and down the country which are unsafe. At what point will we realise that we’re losing the lives of youngsters, when we could have balanced the books slightly and created some safe environments in regulated spaces?”

Environments don’t sound much safer than what’s planned for the Piano Works. And I’d walk through ten chlorine dioxide ‘personal protection’ tunnels to enter a club if it meant preventing mass redundancies and the ultimate collapse of the vibrant, exciting and immersive late-night sector.

Lights out for late night?
Having already provided your full name and contact details, you pass by the thermal imaging camera and through the personal protection tunnel, where you remain for five seconds to ensure the chlorine dioxide has thoroughly disinfected your clothes and skin. No, this is not Area 51. Welcome to opening night at Piano Works, Farringdon. In its preparations for reopening, which operations director Tristan Moffat hopes will be by the beginning of October, the London-based live music concept isn’t taking any shortcuts when it comes to consumer safety.