Hero Award: ‘Rob Mitchell is the barometer of our business’

As part of the new Hero Award category at the Retailers’ Retailer Awards, MCA is profiling five senior managers who have gone above and beyond in steering their business through the crisis. 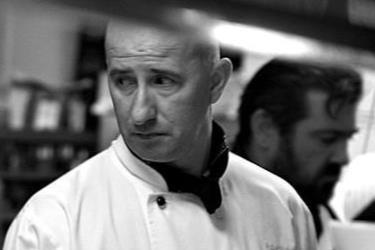 To the Drake & Morgan senior team, executive chef Rob Mitchell is also known as ‘The Barometer’.

Trained in France and Australia, Mitchell gained experience at the Tate Modern, Tate Britain and London’s Connaught before joining Drake & Morgan at its conception in 2008.

Originally hired as head chef at The Refinery Bankside, Mitchells role in the business over the last 13 years has grown far beyond his promotion to executive chef.

As his nickname suggests, Mitchell has been central to the growth of Drake & Morgan from one to 23 sites - not least in his direct involvement in the acquisition, integration and transformation of the 11-strong Corney & Barrow business from 2016 - and as CEO Jillian Maclean tells MCA, his contribution has never been so vital as in the last 12 months.

“He’s the barometer of Drake & Morgan,” she says. “He always knows everything that’s happening, and last year he was completely integral to helping get us through.

“Through the crisis we had three priorities: preserving our cash liquidity, planning for remerging out of lockdown, and planning for the future of the business. Rob has been heavily involved in all three.”

Though Maclean notes the clear differences between Mitchell’s role and the challenges facing business finance or operations directors, it is this point of success in difference – existing in a space away from the boardroom – that have made his actions stand out.

“As we went into crisis mode in lockdown one, he was involved in bringing the teams together to deliver all our food to food banks with our charity partners,” she says. “And he also led a piece of work with our suppliers, particularly communicating with our food suppliers about our situation.

“I’m sure he’s not done all the things that some CFOs and such have done, but it’s just different. Rob rides a motorbike, and at the start of the pandemic when everyone was terrified, he rode around and led the health checks across all of our London sites.

“He’s been really essential in helping to preserve the business and ensuring we survive.”

Since the outset of the crisis, all but six of Drake & Morgan’s 650 staff have been on furlough, but as Mitchell has required some assistance for his newly developed at-home offer many have been willing to take part, something Maclean says is testament to his reputation across the group.

“He’s been innovating, creating and cooking, and staff have been testing the menu,” she explains. “It’s a testament to him that even though people are furloughed they want to come back, be part of the business and see him.

“He deserves some recognition, and he’s absolutely overwhelmed to be shortlisted!”

Hero Award: ‘Rob Mitchell is the barometer of our business’
As part of the new Hero Award category at the Retailers’ Retailer Awards, MCA is profiling five senior managers who have gone above and beyond in steering their business through the crisis. In today’s profile, Drake & Morgan CEO Jillian Maclean discusses her nomination, executive chef Rob Mitchell, and why he has been so integral in preserving the business through lockdown and planning for the post-pandemic world.