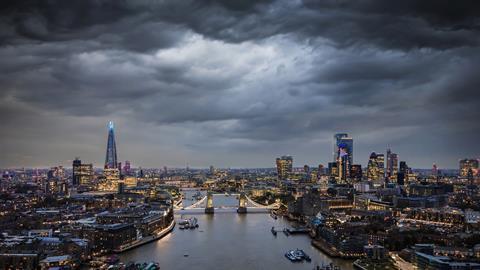 Rent debt: ‘There’s going to be pain on both sides’

Rent debt remains the biggest unsolved problem of the pandemic, a looming prospect which threatens to wreck the recovery of a sector before it has begun.

During extended periods of closure, a series of moratoriums have protected against eviction and enforcement action for cash-strapped operators.

Yet rather than offering a holistic treatment of the illness, the measures have acted as sticking plasters, the government appearing reluctant to intervene in the sensitive area of commercial landlord and tenant contracts.

Now, in an acknowledgement of the scale of the challenge, the government has indicated it is prepared to legislate on the issue.

Seeking a “carefully managed exit” from eviction and enforcement protections, a review launched last week seeks to better understand how landlords and tenants are responding to the build-up of rent arrears - and the risk to economic recovery posed by debt.

Having encouraged landlords and tenants to have an open dialogue, and publishing a code of conduct for such discussions, the government says it “will not hesitate to intervene further” if productive talks are not taking place.

Key to the background of the review is the fear that a sudden end to protections could cause a new wave of business and job losses.

With an eye-watering £2bn worth of unpaid rent sitting in the sector, the evidence gathered will inform any need for additional measures to “preserve viable businesses”.

Ultimately, a failure to deal with the issue risks “further economic harm, including the potential for this to contribute to higher levels of unemployment, particularly among young people”, the consultation document warns.

Kate Nicholls, chief executive of UKHospitality, sees the review as an important step, and a clear acknowledgement that rent is “too big a crisis” for the industry to solve on its own.

Having previously relied on a series of time-limited moratoriums, the government had banked on operators trading their way out of their debts.

But the indication of its willingness to move forward with a legislative solution, which it had previously ruled out, is a “significant step forward in acknowledging the scale of the problem”, Nicholls tells MCA.

“The consultation is recognition that the issue could forestall recovery and could topple many businesses,” she says.

Open to stakeholders such as landlords as well as restaurant and bar operators, the consultation offers six key options.

Option 1 is to allow business protection measures to expire on 30 June 2021, as they are currently due to do.

Option 2 allows the moratorium on commercial lease forfeiture to lapse on 30 June, but retains the insolvency measures and additional rent arrears amendments to CRAR (Commercial Rent Arrears Recovery) for a period of time.

Option 3 targets existing measures to businesses based on the impact that Covid restrictions have had on their businesses for a limited period of time.

Option 5 is for non-binding adjudication between landlords and tenants.

Finally, option 6 deals with a binding non-judicial adjudication between landlords and tenants.

When it comes to asking about extending the moratorium, in part or to a select group of businesses, UKH will be pushing for the “focus to be on hospitality as the hardest hit”, Nicholls says.

“It’s narrowing the scope of that problem so we can make sure that hospitality is properly protected,” she says.

On mediation, binding and non-binding adjudication, all are trying to find a way of brokering a solution on rent debt as much as new rent.

“You can’t look at one without the other,” Nicholls says. “And one of the ways of resolving the rent debt might be to work out a new basis for new rent, but the adjudication would be able to cover both.”

Each option has a number of follow-on questions, with a total of 93 altogether, leading some to call it onerous and a deterrent to contributing.

Others hold that it is a complex issue which requires complex questions and answers in order to reach the right solution.

“This is one of those occasions where the weight of responses will really count,” Nicholls says.

“It is imperative that businesses, if they are struggling with rent, do not just leave this to their trade associations, they have to put in their own submissions - and we will help people with those.”

David Abramson, CEO of property advisory and lease restructuring firm Cedar Dean Group, is one of those critics, but welcomes it as a step forward.

“They’ve not made it easy for hospitality businesses, with the 93-question survey, which is quite detailed. But ultimately, it’s better than nothing.”

Its success will depend on the level of engagement, which could be damaged by its length and complexity, he says.

“It is not encouraging from an engagement perspective, especially for the smaller companies, who are fighting for survival, and don’t have the resources,” Abramson says.

Like UKH, Cedar Dean plans to support its hospitality partners to respond to the consultation.

Abramson believes option six is the only way forward, due its binding nature.

“I think it’s fair to say that the Code of Conduct hasn’t had the impact that anyone would have hoped it to have, because it’s not been binding,” he says.

“Option six is the only one that really has any teeth, and sets out what the protocol should be.

“We think that is most favourable. But for us the key is trying to get as many people as possible to give evidence of the scale of this problem, because there are a huge amount of jobs and businesses at risk.”

Welcoming the review, but taking a different perspective on its format is Trevor Watson, director and property advisor at Davis Coffer Lyons.

He says the chance to contribute should be commended: “Credit where credit’s due, that’s a good thing.”

Watson describes the complexity as necessary, and preferable to an open-ended request, which would have generated “ill-considered thoughts, ramblings and rants”, or a window-dressing exercise, which would have been “facile and pretty meaningless”.

“They’ve done a very detailed questionnaire, with a good structure to work to,” he says. “It takes a bit of time, but it’s appropriate for the subject. You can’t cut the corners with these things.

“If you’re going to learn anything meaningful, then you need to ask some difficult questions to get the appropriate answers, otherwise the whole thing is superficial.”

The view is shared by Nicholls who emphasises the government is seeking hard evidence to back up the decision.

“It’s very data driven, but I think that shows the seriousness of intent,” she says.

“We need to be able to demonstrate that there is a high hurdle to overcome here to get the government to intervene.

“If operators want intervention, they will need to help by providing the data and evidence as much as they can.”

The high stakes of not particpating in the consultation and dealing with issue are emphasised by Abramson.

With a significant minority of landlords still refusing to engage or make concessions on rent, a failure to solve the problem could cause a swathe of restructures, and potential job losses, he warns.

The property advisor says while a great deal of progress has been made, at least a third of landlords are still intransigent on supporting businesses on rents.

“That could bring a raft of restructuring, and what the government has done with the insolvency laws, where they’re essentially encouraging more cram downs on creditors, means a lot of companies are being forced to look at restructuring and CVAs come the end of June.”

Like furlough, the industry needs the certainty of a binding agreement, so “everyone knows where they stand”, Abramson says.

“Anything short of that I think is going to cause a sizable amount of businesses and jobs being lost,” he says.

Landlords are still asking for too much for a reduction in rent, such as higher rents and longer leases, he says.

Abramson says some major property advisors are still sticking to a position of deferment, which only adds to the debt pile.

“It should not be underestimated how big the problem is,” he adds.

Taking a more sympathetic view to landlords, DCL sits in the middle, so understands both sides of the coin, Watson says.

“On rent, it’s fair that people should pay, but even once they’re open and trading again, how long do you give people to pay off their wall of arrears?”

He attributes the dim view of landlords to the fantastical stereotype of the cigar-chomping millionaire of Monopoly, and a far cry from the reality he sees on the ground.

Watson says a large proportion of individual restaurants and pubs are owned by private landlords who rely on the income as their pension.

One of these clients, an elderly woman whose sole income is derived from her single restaurant, has collected no rent and had no engagement from her tenant during the past year – despite him having four staff living upstairs, and doing delivery and takeaway all the way through the pandemic.

“There’s nothing we can do,” he says. “When the moratorium comes off, we’re going to go for him big time, he’s going to get both barrels. We would have cut him some slack on the rent, we would have given him a concession, but he hasn’t engaged at all.”

What few would disagree with is the magnitude of the issue, and in attempting to tackle it, MCA contributing editor Peter Martin is sympathetic to the challenge.

He describes attempting to intervene in contractual agreements as a “political minefield”.

With the scale of the problem recognised, the unanswered question remaining for Martin is how.

“They need to bring people together, but as we’ve seen throughout the pandemic there are good landlords and bad landlords, some that will talk and some that just won’t – and dare I say it, good operators and bad operators too,” he says.

“We’re probably left with 20% or so where there are real problems, which is still a significant number.”

The bottom line for Martin is always jobs: “What they don’t want is companies to fail. So in a sense it comes down to that.

Ultimately, both sides will have to take their share of the pain, he adds.

“There’s going to be pain whatever happens over the rent issue. It’s about how much people are prepared to share.”

Rent debt: ‘There’s going to be pain on both sides’
Rent debt remains the biggest unsolved problem of the pandemic, a looming prospect which threatens to wreck the recovery of a sector before it has begun. During extended periods of closure, a series of moratoriums have protected against eviction and enforcement action for cash-strapped operators. Yet rather than offering a holistic treatment of the illness, the measures have acted as sticking plasters, the government reluctant to intervene in the sensitive area of commercial landlord and tenant contracts. Now, in an acknowledgement of the scale of the problem, the government has indicated it is prepared to legislate on the issue. With comment from UKHospitality, CDG Leisure, Davis Coffer Lyons and Peter Martin.