In the latest profile of nominees for MCA’s Hero category at the Retailers’ Retailer Awards, Pizza Pilgrims co-founder Thom Elliot hails his senior managing partner as a “driving force of positivity” 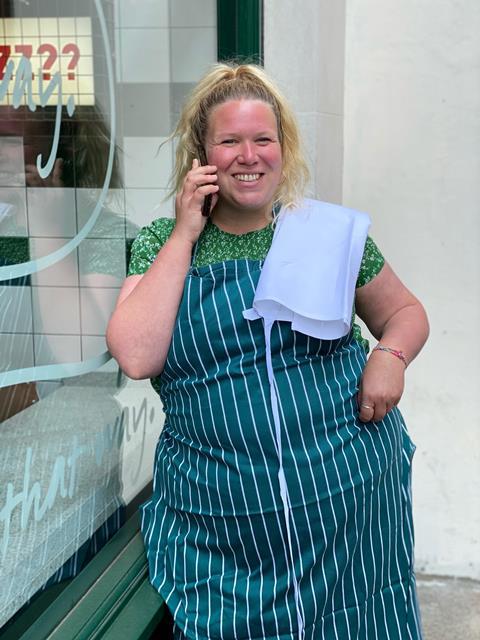 Gaining the trust of a crew of hardened Neapolitan pizzaiolos is no mean feat for an ops manager with no kitchen background.

But its testament to the people skills and character of Pizza Pilgrims senior managing partner Charlie Warren that she was able to do just that, Thom Elliot says.

A stalwart of the restaurant group, she looks after every element of running six sites, from team happiness, to quality, to commercials both front and back of house.

In a year of “constant rug pulls”, Elliott, co-founder of Pizza Pilgrims, says she has never faltered once, whilst managing to be a “driving force for positivity” in the company.

Key to maintaining company culture and growing staff headcount, she oversaw the development of 14 staff to management positions via the Academy during the last 12 months.

Warren also led the opening of the brand’s biggest and most challenging project at Selfridges, holding her own against senior directors when disagreements arose.

Joining the group as a manager five years ago during a tumultuous time, Warren stepped up and “really made a difference”.

Described as a “sponge of information”, Warren comes from a restaurant family, her father a former ops director at Harvester.

Despite all the challenges of the last few years, she has an ability to “keep a smile on her face and carry on”, Elliot says.

Pizza Pilgrims changed its operational structure around 18 months ago, with ops managers taking responsibilities for front and back of house.

As the senior managing partner, a position she started six months ago, Warren handles the bigger sites.

“It’s challenging because chefs might feel that because Charlie isn’t a chef, she wouldn’t understand their problems. But she’s been exemplary. It is not easy to win over five or six Neapolitan men who basically don’t think you know what you’re talking about, partly because you’re a woman.”

Her people skills came to the fore when a rival in Soho offered the entire team a £2 pay raise, leaving them to up and leave.

Though upsetting for Elliott, Warren counselled patience and was rewarded for her diplomacy.

“Charlie said ‘don’t panic, they love working here’. She stayed in contact, and within two months, they had all come back. It was so much more of a mature way to deal with it than I would have. That’s the stuff that makes me so proud.”

A larger than life figure, with a big personality, Elliott praises her infectious confidence.

“She’s always like the one turning up in tie dye. She’s not worried about trying to conform in any way.”

Despite her positive disposition, she spent the last two years visiting a close friend who eventually succumbed to leukaemia.

“She’s always got time for people, if somebody needs a shoulder to cry on, she’s there for them.”

As well as a personal touch, Warren is all over the details, and has a “glittering career ahead of her”, Elliott adds.

“She’s all over the detail on the labour percentages, she’s very commercial about how we hit targets, how we inspire people

“It’s that Pizza Pilgrims thing of being commercial but with a non-brand feel, which isn’t easy to do, but she does it really well.”